Yesterday someone asked me to expand on the Beginning Routine I listed on my Spanish 1 Week 1 Plans post.  I wanted to take a separate post to explain this because it is rather involved!  I was inspired to do this routine after observing the teacher who teaches the majority of our Spanish 1 courses.  She had a routine in which she began with a Spanish song that she sang everyday and then she circled the day, date, weather, and then celebrated special stuff like birthdays.  The first few days my routine looked very much like this: 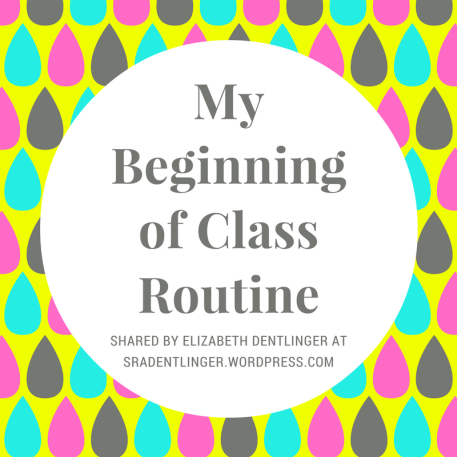 My Beginning of Class Routine | Shared by Elizabeth Dentlinger at SraDentlinger.wordpress.com

Here’s a couple of observations and/or reflections about this routine:

Hope all this information was helpful to someone!  Let me know if you have more questions by asking them below:

6 thoughts on “My Beginning of Class Routine”